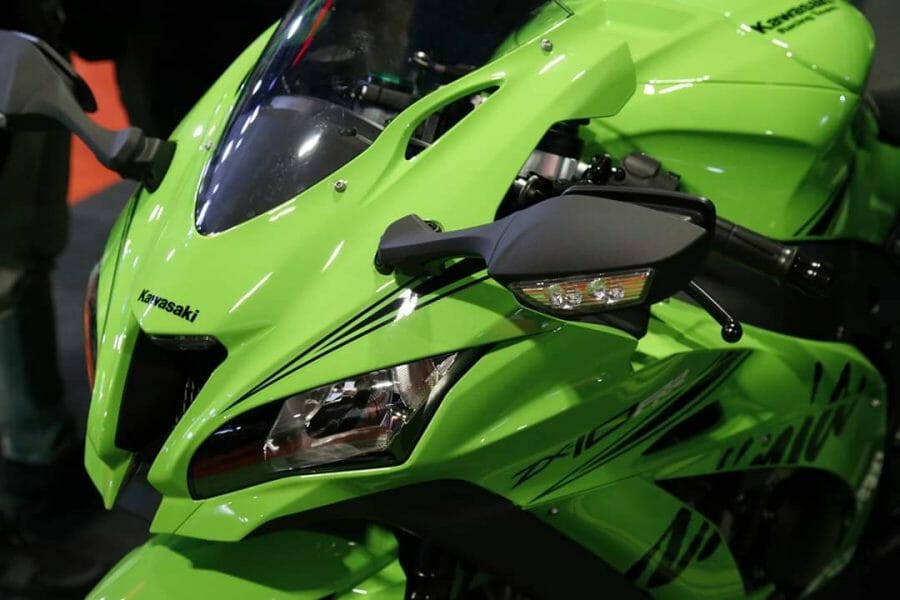 Great news for Kawasaki big bikes enthusiasts – Team Green’s eagerly-awaited Model Year 2019 Ninja-series of motorcycles, the Ninja ZX-636R and Ninja ZX-10RR, have just made their debut in Malaysia during the ongoing 2018 Kuala Lumpur International Motor Show (KLIMS) which is held at MITEC. 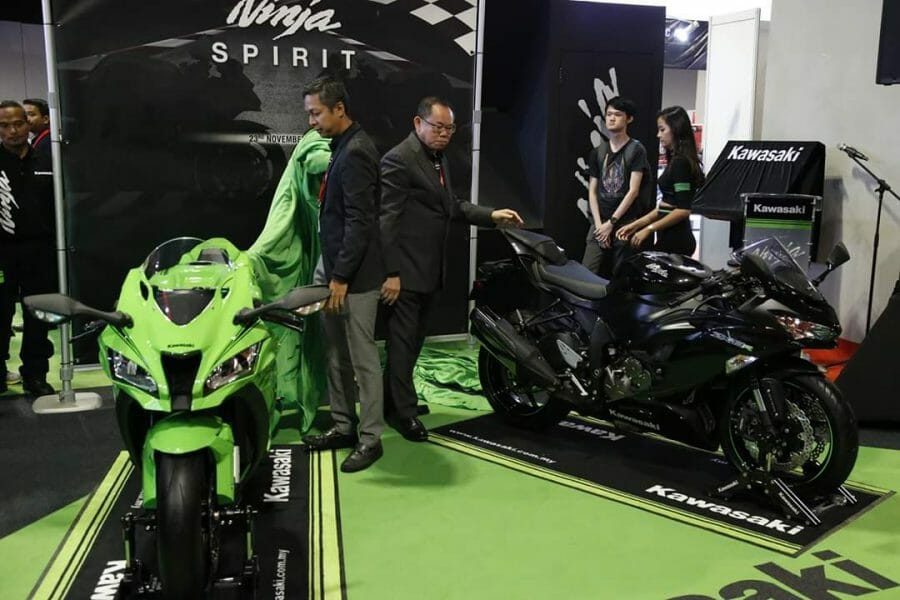 The new Ninja ZX-10RR is the weapon to be used by 4-time WorldSBK champion Jonathan Rea to fefend his title for the 2019 season, and his attempt for a record 5th consecutive Championship, a feat that has never been achieved by any rider before. Rea was the fastest rider again during the recent test done at Motorland Aragon riding the new Ninja ZX-10RR.

The 2019 Ninja ZX-10RR receives a tailor-made titanium connecting rods that benefit both engine and chassis performance. Weighing 102g less each, the lighter connecting rods contribute to reducing the crankshaft’s moment of inertia by 5%. In addition to benefitting engine response and handling, thus this makes it much easier for riders to weight the front wheel on corner entry. 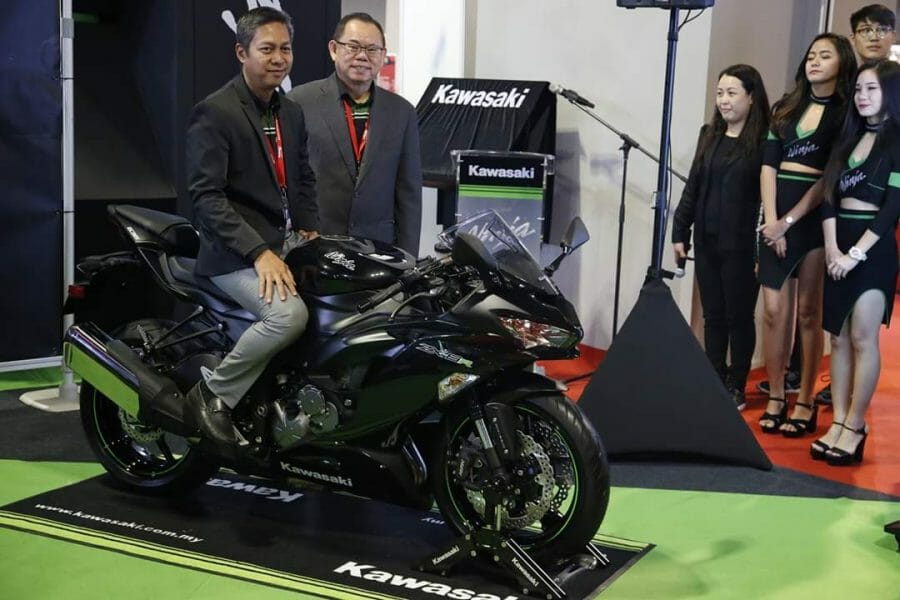 The new Ninja ZX-10RR is the closest thing to a Worod Superbike Championship machine. With production limited to 500 numbered units globally, the motorcycle is priced at RM179,900, mainly aimed at track day enthusiasts and race teams taking part in domestic championship series. 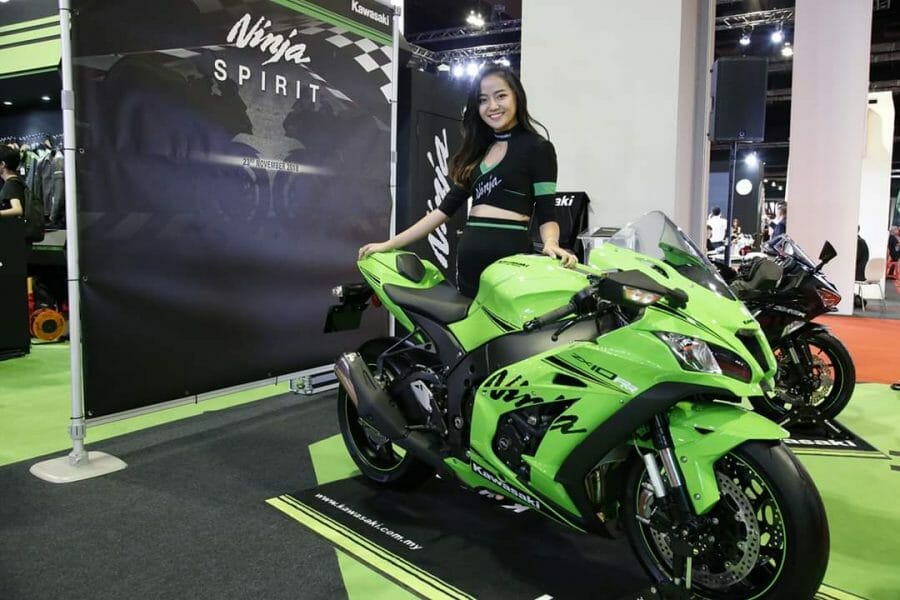 After its global announcement during October’s bi-annual Intermot Show held at Cologne in Germany, the 2019 Ninja ZX-636R has also landed in Malaysia, within 5 weeks of its unveiling over there. 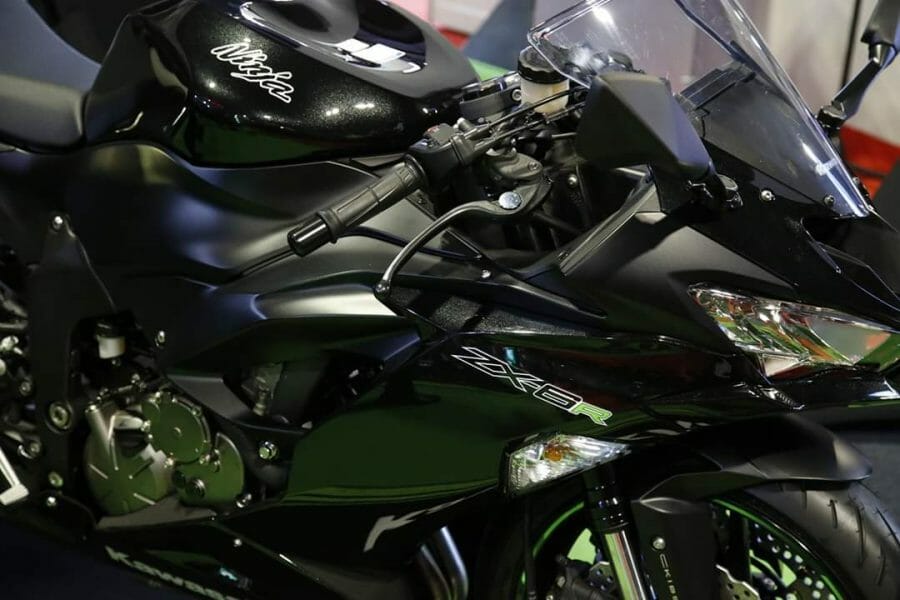 The new Ninja ZX-6R’s instrument panel is an improved version used on its smaller siblings, from the Ninja 250 to the Ninja 650. What’s new for the 2019 ZX-6R is the fuel gauge and remaining range function, both features are absent from the 2013 model.

The twin LED headlights feature low and high beams as well as a position lamp. The headlights now light up simultaneously whether on low or high beam usage, unlike the older 2013 version. The new Ninja 636 is priced at a reasonable RM79,900.

To top it all, Bridgestone’s latest sport tyres, the Battlax Hypersport S22, are fitted to the new Ninja ZX-6R as standard items, offering superior grip in both dry and wet riding conditions. 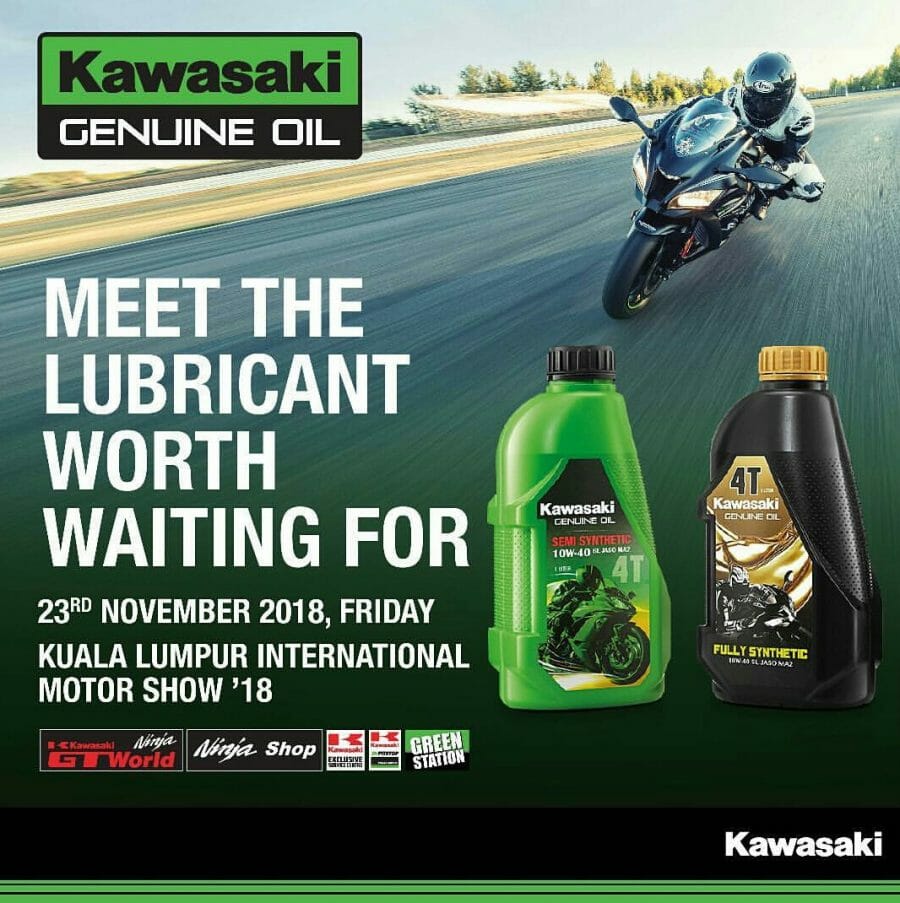 In addition to unveiling the new Ninja motorcycles, KMSB have also announced the new Kawasaki Genuine Oils, which are available as a 1-litre pack of 4T Fully Synthetic and 4T Semi- Synthetic variants. The retail proce is set at RM39.90 and RM29.90 respectively. Both are available now from all Kawasaki authorised dealers. 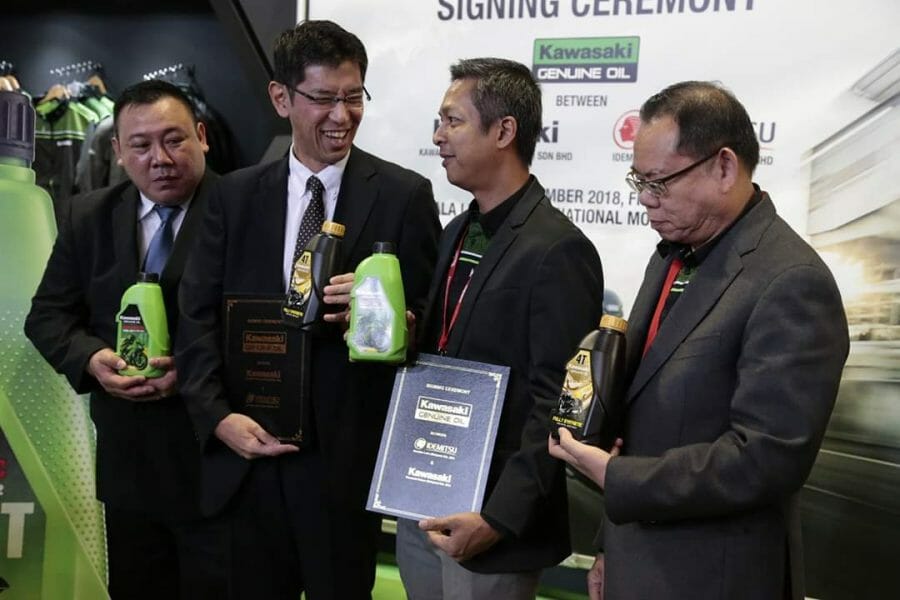