From 7th on the Sepang starting grid to the 70th win in his career: In Malaysia, Marc Marquez took his ninth win this season and his 44th in MotoGP class, earning Honda its 24th Premier Class Constructors Title. Furthermore, thanks to today’s win of newly crowned Moto3 World Champion Jorge Martin, Honda has achieved also the Moto3 Constructor Title bringing its tally to 69 over all classes, a record in the Championship’s history.

Such were the numbers, but today’s competition was also another master class race for the 2018 MotoGP World Champion, who recovered from the third row of the grid to second place within five laps of the start before beginning a long chase of erstwhile leader Valentino Rossi. Marc was preparing for what seemed certain would be a battle for the victory when the Italian slipped off four laps from the end. 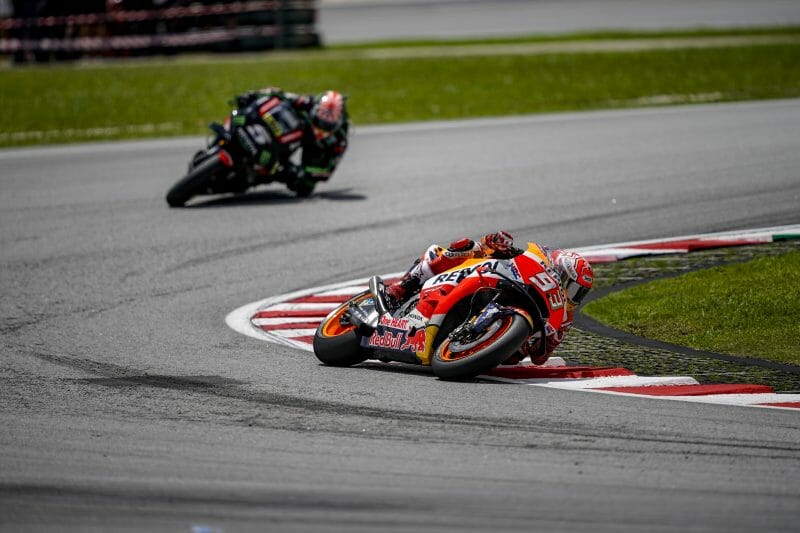 On the other side of the garage, teammate Dani Pedrosa matched his best result of this season, taking fifth place after displaying a strong pace during the race. 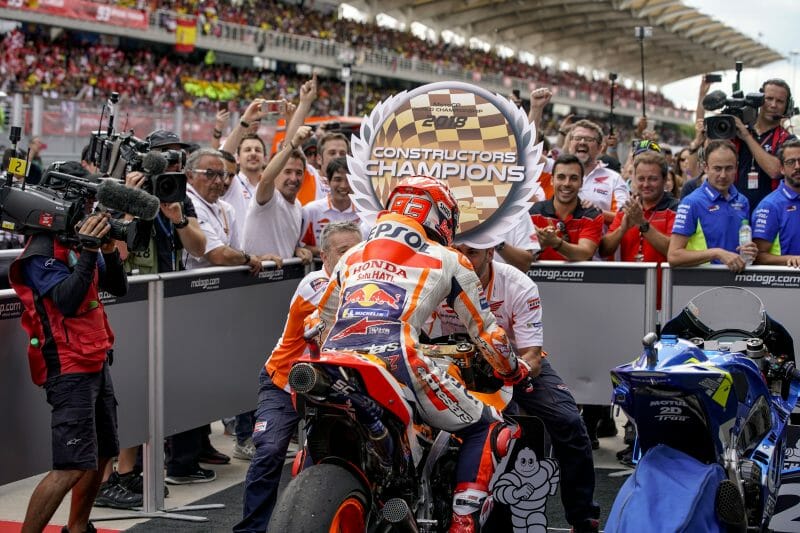 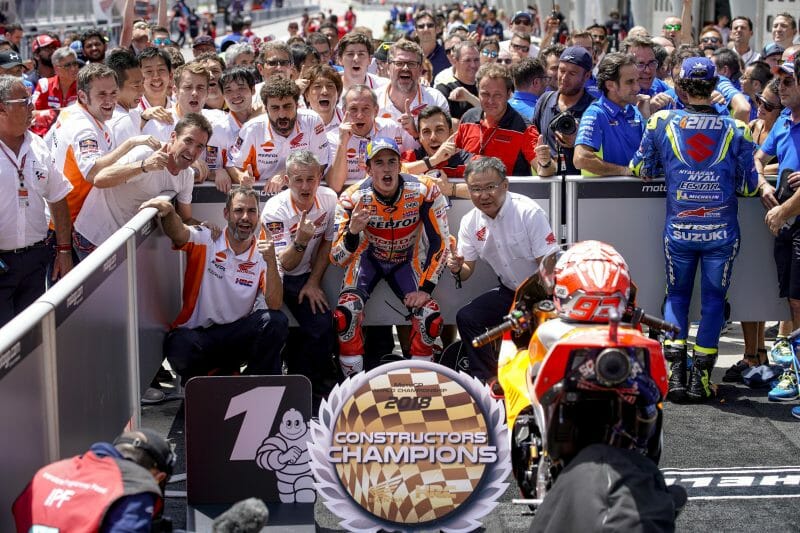 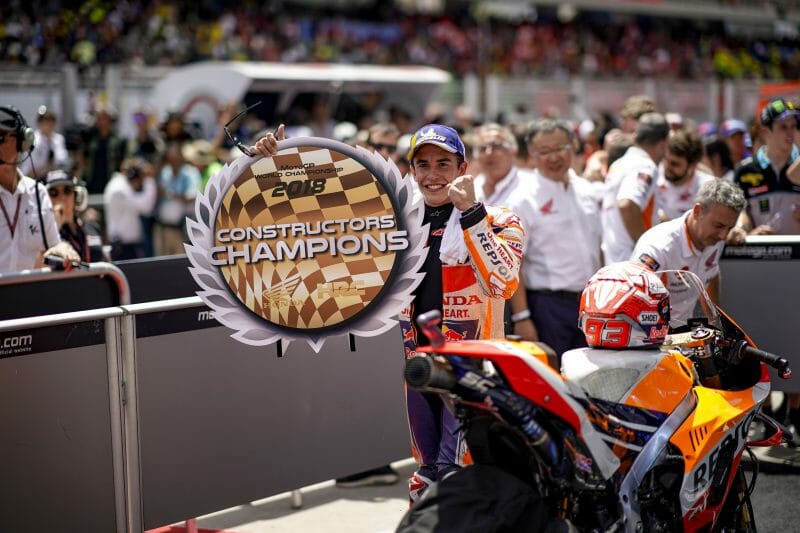 From Sepang, the Repsol Honda Team will pack up and fly back to Europe, where Marc will pay a visit to the Honda stand at the EICMA motorcycle show in Milan, Italy, on Tuesday before heading home to Spain. “It was a hard race here in Sepang, not just from the heat and humidity. First of all because I was starting from 7th place. I didn’t get a perfect start, and then my first lap was good but not one of the best of my career. Step by step, I overtook some riders and got to second place. I saw that Valentino was pushing and I started to chase him, lapping at qualifying pace! But in the process, I overheated the rear tyre; the front was also warming up quickly and the feeling wasn’t good. So for a few laps, I just tried to cool down and in so doing I began to feel better and better. I saw I was getting closer to Valentino and honestly that gave me extra motivation. At that moment, it was just a matter of instinct and pushing, something that you can do when you’ve already got the Championship. Unfortunately, he made a little mistake in turn one, which is a shame as it would have been nice to see how the duel would have ended. Anyway, when I saw him crash, I just cooled down and focused on finishing the race. We won, and that was the best way to seal the Constructors Championship. I would also like to congratulate Jorge Martin and “Pecco” Bagnaia for taking Championships. We’ll celebrate together in Valencia.” 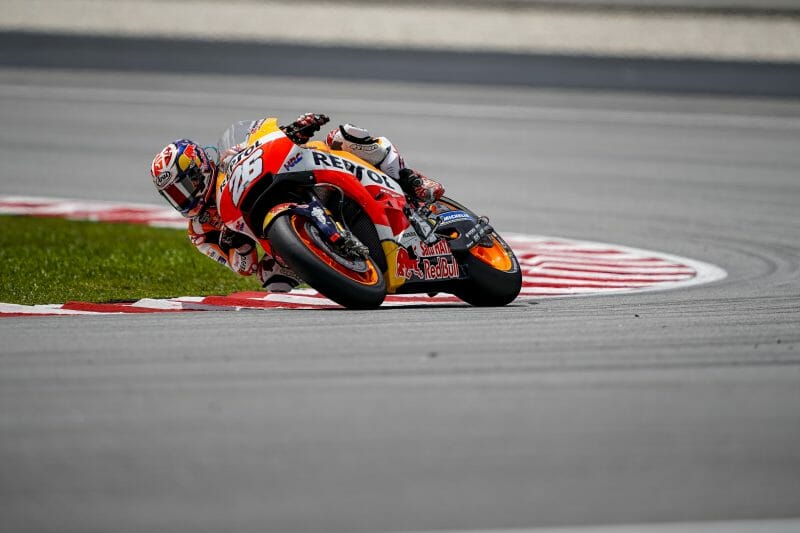 “Today I focused a lot on the start because I was very far back on the grid. The start itself wasn’t perfect, but then I was able to recover a few places in the first corner. Unfortunately, I lost some ground with Dovi and Marc just a couple of turns later. Anyway, the feeling at the beginning of the race was good enough and I was able to stay there close to the front. On the other hand, toward the end I began struggling with grip again and I was passed by Rins and Viñales. All in all it was a little bit better race than usual. I would like to congratulate Martin for his title. He was able to overcome some difficulties this year, an injury and other issues, and he had a strong race today. He totally deserves this result.” 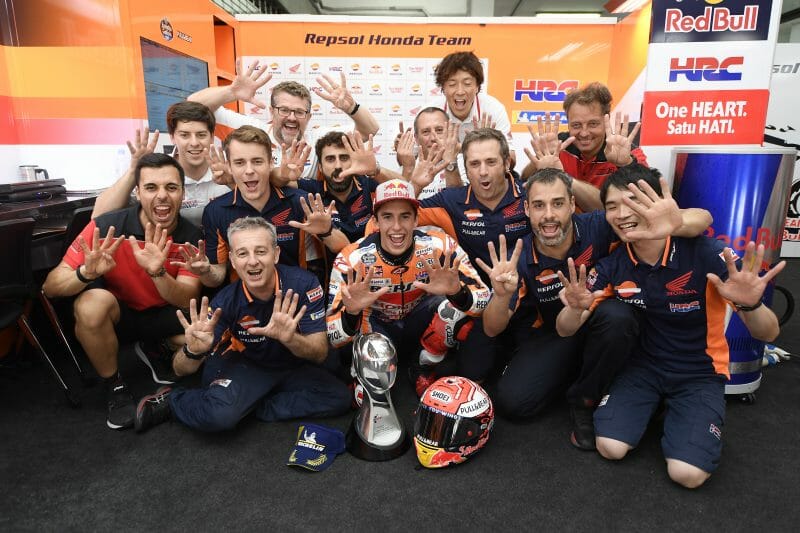