Reigning world champion Jonathan Rea of Kawasaki Racing Team (KRT) has put in a strong opening day on track around MotorLand Aragon, ending the first day of winter testing fastest as unofficial times were recorded at the Spanish circuit. But it was Ducati stealing the headlines, with the debut of the V4 R. 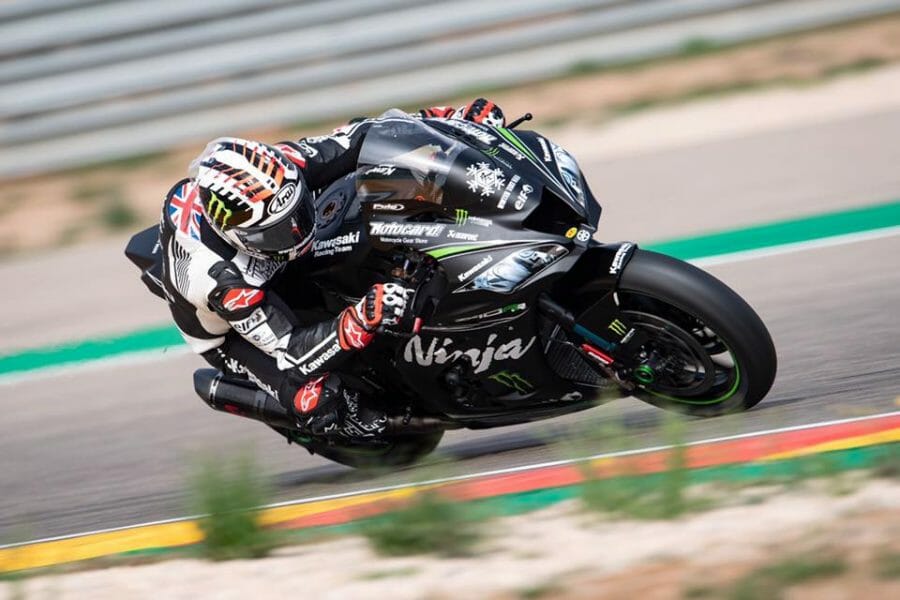 Jonathan Rea is 1.5second faster than the rest on first day of WorldSBK Winter Test

Beginning 2019 with an all new ZX-10RR, Rea was able to use the opening day to work on different settings as he looks at which direction to take for what is set to be a competitive season, putting in 72 laps and the fastest unofficial time. Whilst new team-mate Leon Haslam prepares for his debut with the Provec squad, and has been working on getting the first kilometers under his belt. With 67 laps put in on his opening day, it has been about working on set-up of the championship winning machine.

Chaz Davies of Aruba.it Racing Ducati, meanwhile made his all-important first steps with the new Panigale V4 R, taking to the track in the morning where he began to understand his new beast. 61 laps were put in overall, and first impressions of the V4 R were fantastic for the British rider. But the work now begins before the opening round at Phillip Island Grand Prix Circuit, as Davies and his crew are working to set up an all-new machine.

Pata Yamaha Team had their duo of Dutch Michael van der Mark and Briton Alex Lowes out on track, as they spent day one of 2019 evaluating some key components in the chassis, working on suspension with Ohlins and working with some new electronics hardware. Lowes set the second unofficial fastest lap time, and with 76 laps recorded he wasn’t wasting the track time he was offered. Whilst van der Mark recorded 72 laps throughout day one.

Davies waiting for the V4 RS 19 to be ready

It wasn’t only Davies who got the first test of the V4 R, as Michael Ruben Rinaldi of satelite BARNI Racing Team was out on track with the powerful beast. Getting used to the sensational new bike, he spent his day working with the Aruba.it Ducati squad as well as his new BARNI team and put in 74 laps around MotorLand. Times should be more interesting at the next test session in Jerez as Alvaro Bautista as well as HRC’s Althea Moriwaki team taking part. 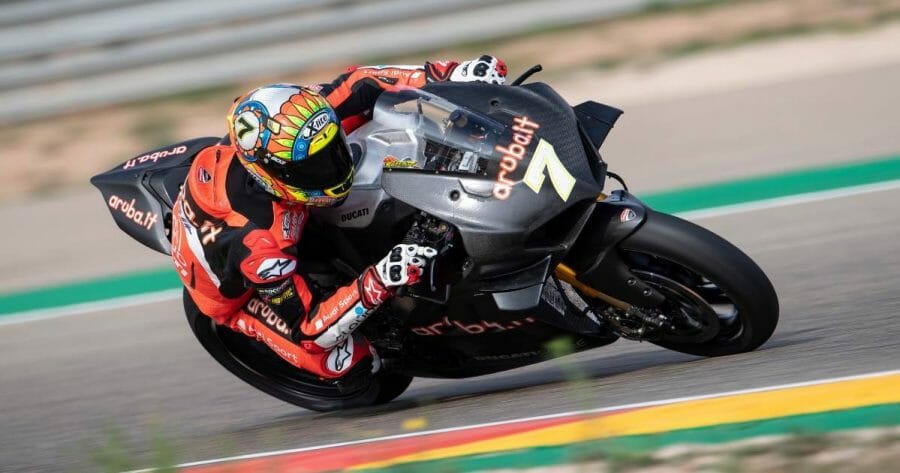