When it comes to adventure or long distance touring on two wheels, the choice for many Asian riders are Kawasaki’s Versys 650 and Versys 1000 motorcycles.

However, both motorcycles are above 500cc and weighed more than 220kg alone despite being built with excellent centre of gravity to make it agile and nimble during a ride.

But the reality is, the lighter the bike, the better it is for such a journey. Hence that’s why Kawasaki had introduced a mini version of its Versys motorcycle in 2017 – the Versys X-250 (Versys X-300 for Europe & North America), a lightweight, 250cc twin cylinder touring bike for riders keen on adventure and long distance touring. 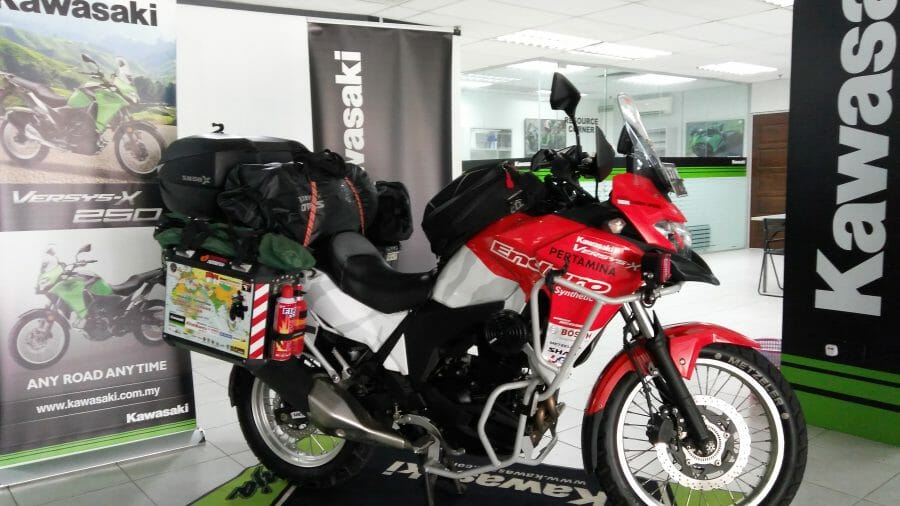 So how does the Versys X-250 really  fares out there in reality? Indonesian rider-cum-blogger Stephen Langitan is set to prove that the Kawasaki Versys X-250 is built to be reliable and agile to withstand a 30,000km personal journey across 3 continents, starting from Jakarta and ending the trip in London with this motorcycle.

His first stop after Jakarta is Malaysia, having shipped his Versys X-250 from Indonesia to Klang, where Kawasaki Malaysia has organised a meet-the-media interview about his trip.

Having already covered 2,000 km on the leg from Jakarta to Kuala Lumpur, Langitan’s journey began on March 15, and will eventually cover some 30,000 km, expecting to reach UK on August 17.

With the tagline “Brotherhood Across Borders”, Langitan will visit 30 countries where he will proudly fly the Indonesian flag. In fact, his Versys X-250 is even painted in the flag’s colours.

Langitan’s Versys X-250 is an off-the-shelf model, with the only modifications being the addition of crash bars, twin spotlights, tubeless tyres and luggage. The rims have been modified by Langitan for the tubeless tyres to be fitted.

In addition, there’s also a tank bag and duffel bag strapped to the pillion, which contain personal items and essentials like laptop and electronic devices that can be easily removed at the end of each day’s ride.

For his journey, Langitan’s plan is consisting in covering approximately 400km a day, starting from 8am and calling it a day around 6pm – unlike Malaysia and Indonesia, night time comes early for most countries away from the Equator.

He says the slow pace is deliberate, as he intends to savour the sights and the experience of riding across different countries instead of just riding past them in a hurry. 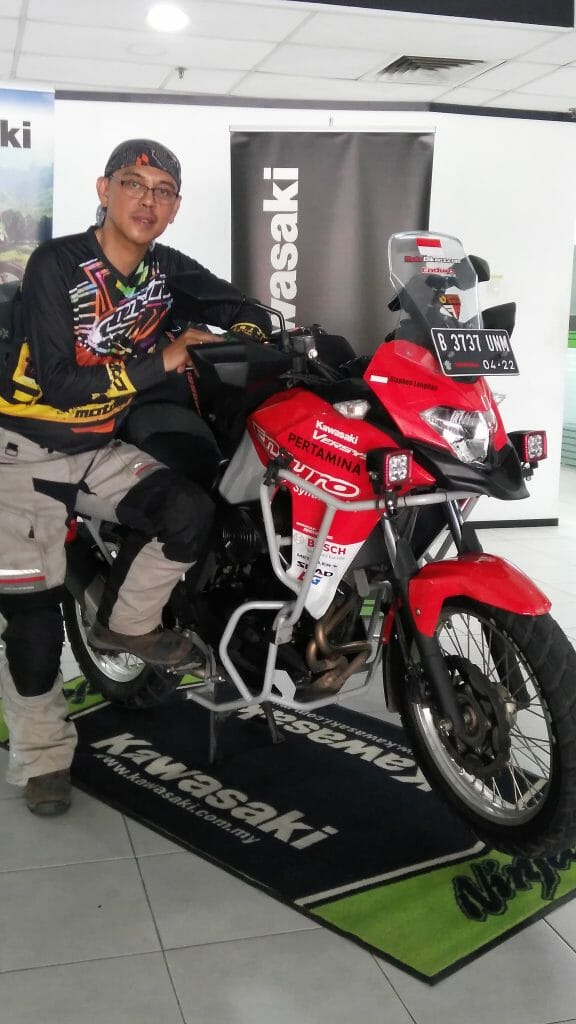