After months of speculations of whether new Movistar Yamaha Factory signing Maverick Vinales will win the season opener after an impressive 2017 pre-season tests where he had been the fastest rider was fulfilled tonight. The Spaniard has taken victory on his debut race for his Movistar Yamaha team at the Qatar MotoGP round after a titanic scrap with Andrea Dovizioso and team-mate Valentino Rossi after the race was delayed twice by rain showers. 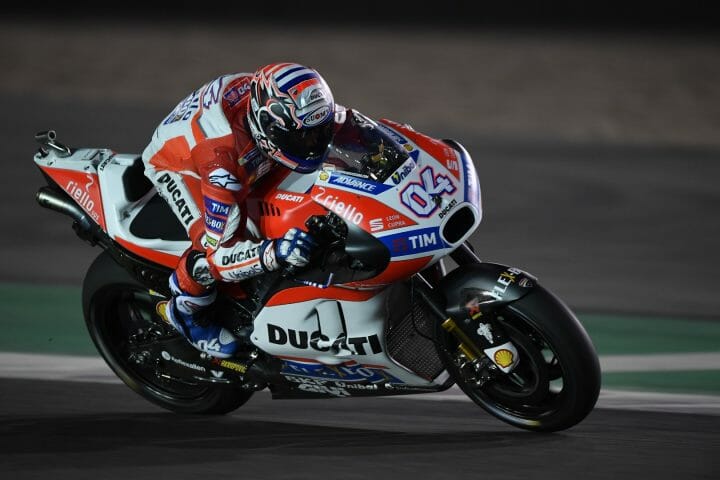 The triumph gave the Factory Yamaha Racing team a victory hattrick at the season opening round since 2015, with the earlier wins contributed by Rossi and Jorge Lorenzo, Vinales’ predecessor in the team.

Vinales and Dovizioso exchanged the lead myriad times as the 22-year-old Spaniard exploited far superior sector-three speed but the Italian kept hitting back with top-end power along the start finish straight. Vinales just had enough on the last lap to pull a half-second lead and the the GP17 had no answer. 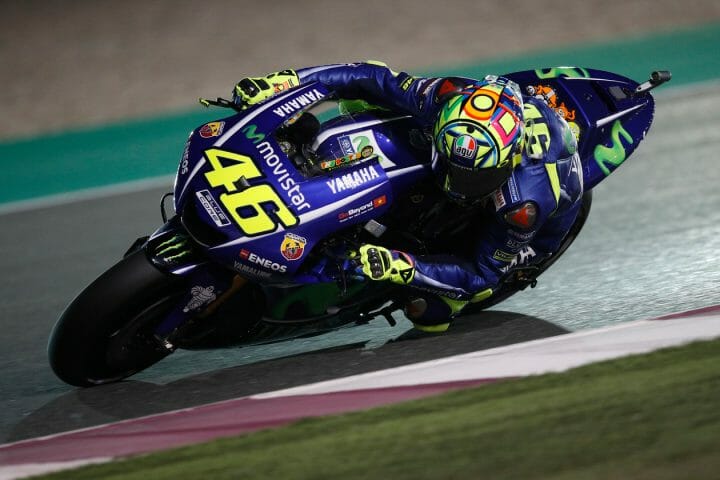 Dovizioso rode probably the race of his life as he switched to the soft rear Michelin on the grid and he, and the Ducati’s electronics, managed to keep the grip to stay with Vinales and have enough pace to stay ahead of The Doctor. The power of the GP17 enabled Dovizioso to power past Vinales on the straights each time the latter had overtaken at the twisty segments of the track.

Vinales regained the lead from the Ducati rider on the penultimate lap, and managed to hold off the Italian all the way to the checkered flag after making sure he has secured enough gap to prevent a last grasp overtaking to the finish line.

Rossi, who had been written off after poor free practice times, held his station after making his way through the field from tenth by just didn’t have enough left at the end after being the fastest man on the track for most of the final third of the race. 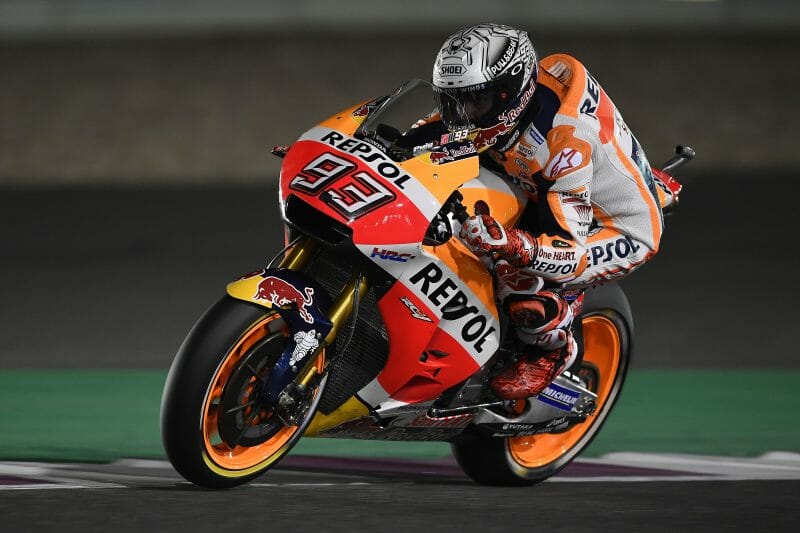 All the veteran riders were behind the rookie and hero of the day – Yamaha Tech 3’s Johann Zarco, who scrapped into the lead from Turn 2 on lap 1 ahead of Iannone and Marquez. The Frenchman had chosen the soft tyres to lead off the line and pulled a one-second lead over Marquez, Dovizioso and Andrea Iannone before running offline at turn two and crashing on Lap 6, unhurt.

LCR Honda’s Cal Crutchlow repeated his DNF habit on season opener for the past few years by dramatically crashing out of the race – twice! First on entering Turn 16, and the next on Turn 13 two laps later. 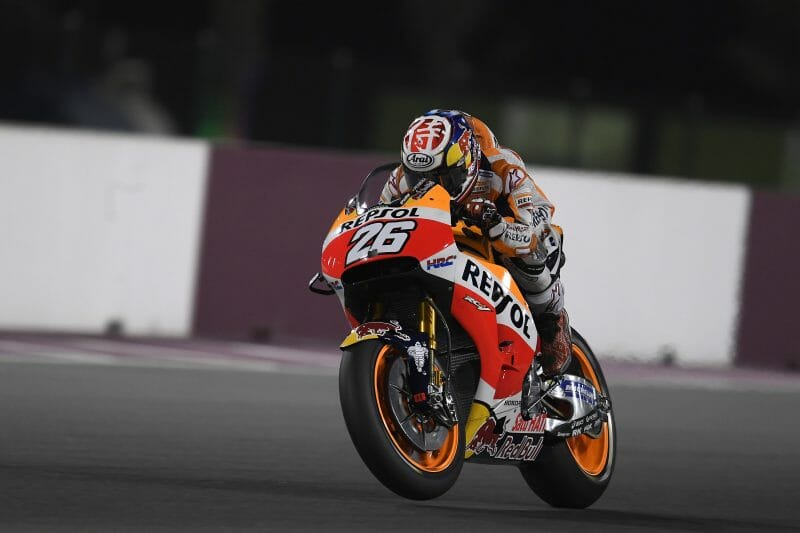 Ducati Corse’s new signing and former 3-time MotoGP world champion Jorge Lorenzo had a race to forget – after his dismal 12th position in the starting grid based on combined practise times due to cancellation of the qualifying session for Saturday, only managed to finsih in 11th position in the race. Lorenzo managed to go as high as 8th position in the early stages before fading as the race progress.