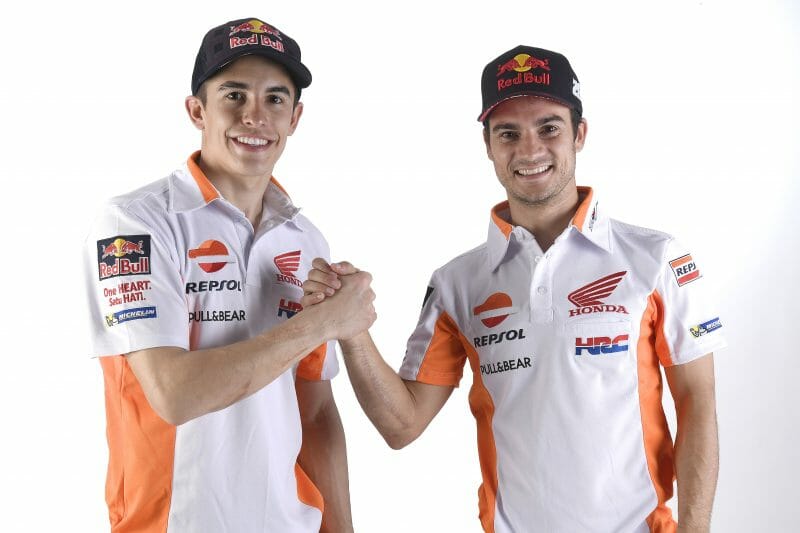 Having spent yesterday enjoying the warm welcome and proud support of the associates at the AHM Factory in Karawang, the riders began today by meeting excited Honda customers at a dealer facility and then moved on to the JIExpo, where they spent time talking with the media.

Marc and Dani were joined onstage by HRC Director, Tetsuhiro Kuwata and Team Principal Livio Suppo for the official unveiling of RC213V that the team will race in the 2017 MotoGP World Championship. Also on stage were Astra Honda Motor executives  Toshiyuki Inuma, Johannes Loman, Morgono Tanuwijaya and Koji Sugita. 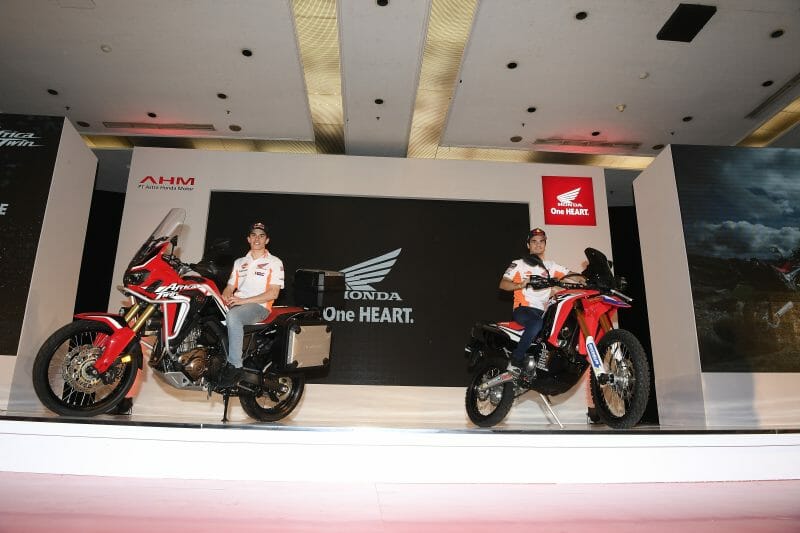 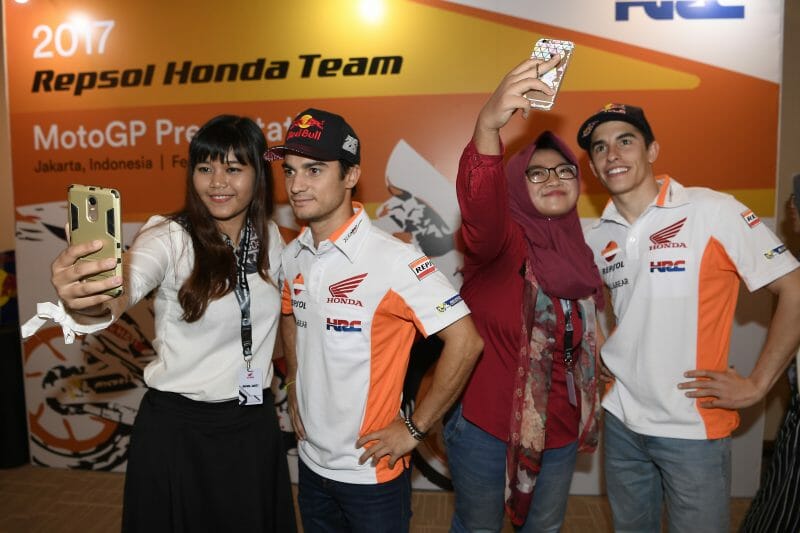 Four very lucky Indonesian fans, winners of a Repsol social-media contest based around the #MadAboutRepsolHondaTeam hashtag, had the exclusive opportunity to closely admire the RC213V and to meet and greet Marc and Dani before the riders left for the airport to make their return to Europe. This was the third consecutive year that the Repsol Honda Team launch has been excellently hosted by Astra Honda in Indonesia. On the same occasion, AHM presented their own 2017 racing activities and officially launched the new Honda CBR250RR Repsol Edition, CRF250 Rally and CRF1000L Africa Twin.