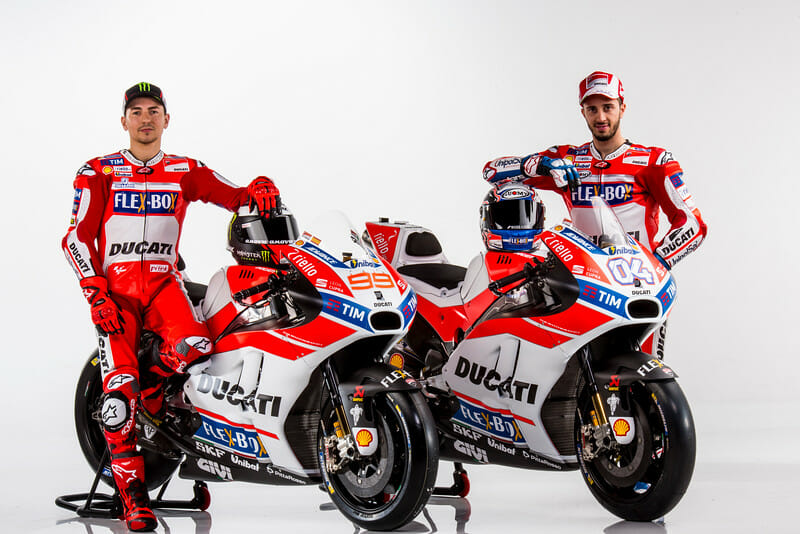 Ducati has unveiled its eagerly-awaited MotoGP Team for the 2017 season at the company’s Borgo Panigale headquarters, with new signing Jorge Lorenzo finally able to talk about his switch to the Italian bike after a career on Yamaha machinery. 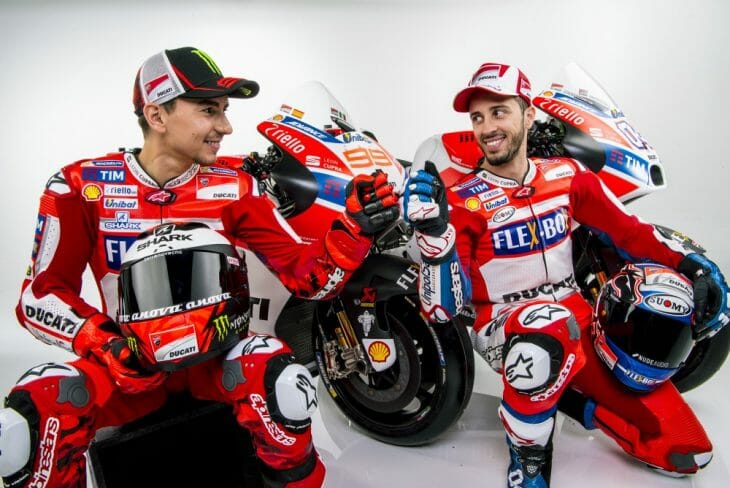 The Spaniard joined long-time rival and new teammate Andrea Dovizioso on stage, hinting his only motivation will be to clinch a fourth MotoGP World Championship crown and join the select group of riders—Geoff Duke, Giacomo Agostini, Eddie Lawson, Valentino Rossi and Casey Stoner—as winners of the grand prize on two different makes of machinery. 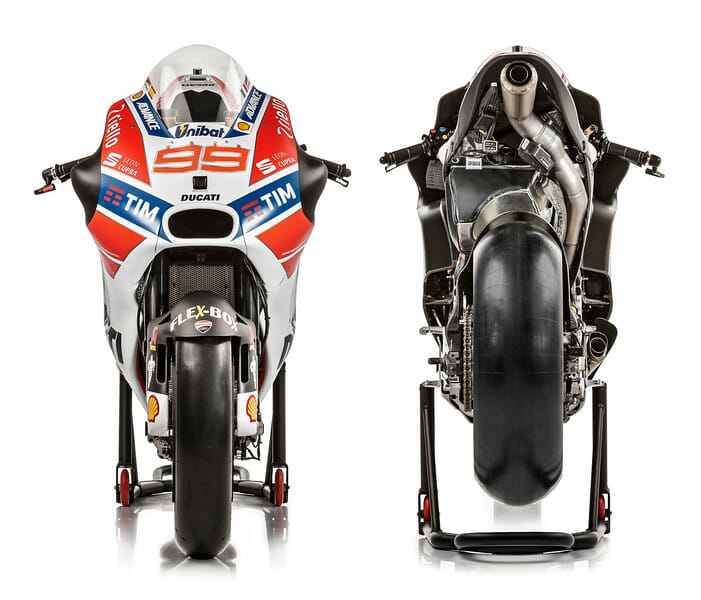 “I have to say that I’m more nervous now than in races! It’s a very special day for me,” Lorenzo said. “Yesterday was a great day because I really didn’t expect all the love the people here have shown me; the fans, Ducatisti and the employees. Some people have said ‘welcome to the family’ – I think that’s something you can only feel in this team. 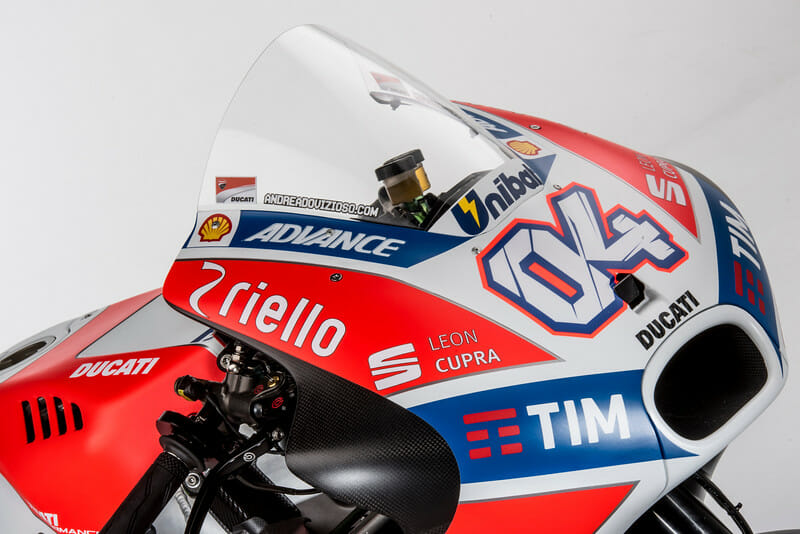 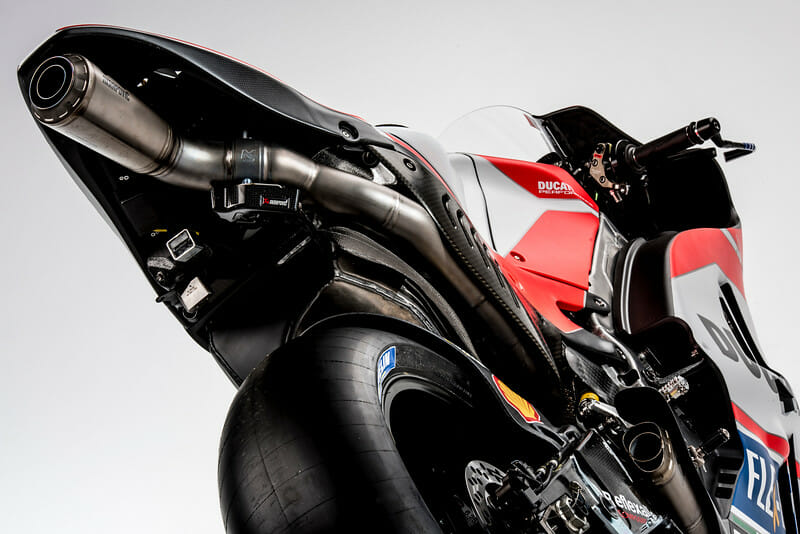 “I have been with the same bike and team for many years so Valencia was a big shock but it was a big, positive change. The ride-ability is incredible, and it’s so powerful. It’s so easy to keep control. On the straights and in the corners. An incredible surprise.

“When you’ve been lucky enough to be World Champion, the only thing you want is to repeat that. If we are strong in general, I think we’ll be able to get onto the podium. I’m so proud I now belong to this family. I want to thank all of you, not just for what you’ve shown me yesterday…also everything you’re writing on social media, for example. It gives me so much energy to try and make this team stronger. As a racer and rider I’m sure there will be incredible emotion still to come.” 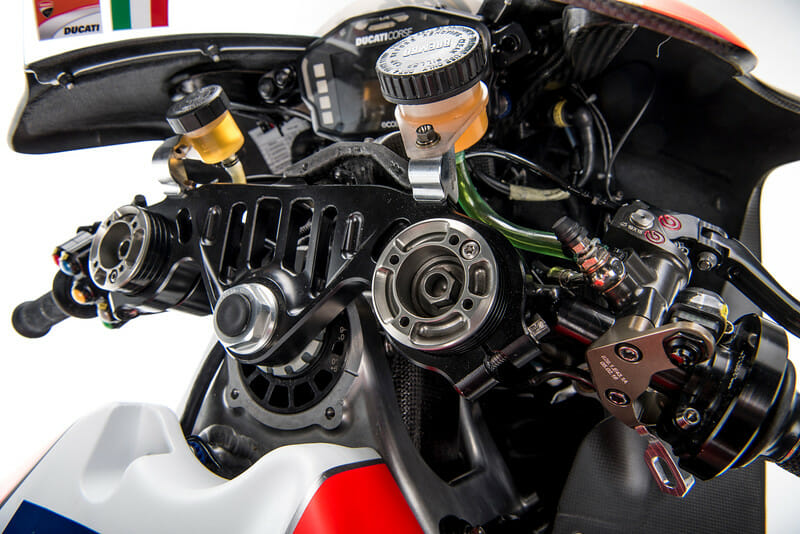