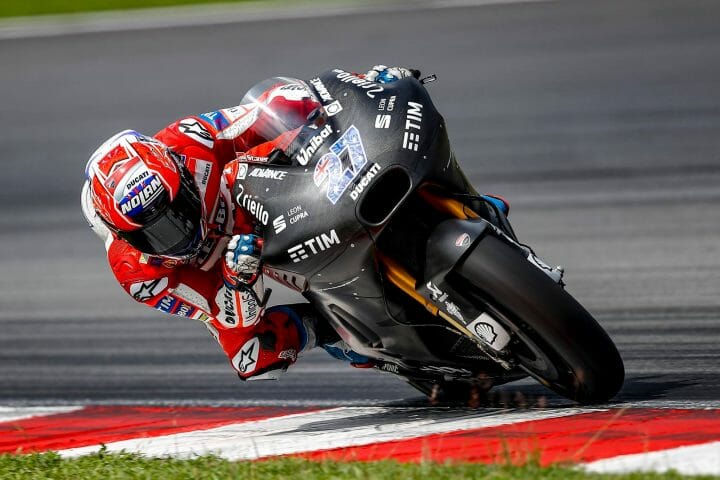 Those expecting to see new signings like Ducati’s  Jorge Lorenzo, Suzuki’s Andrea Iannone and Factory Yamaha Racing’s Maverick Vinales topping the time sheets from Day 1 of the 2017 Sepang MotoGP Winter Test got a big surprise instead.

It is former double World MotoGP Champion Casey Stoner who topped the time-sheets after rain from 4pm had cancelled the remaining 2 hours of session as the rest of the riders decided not to resume testing due to the weather. However, a few riders went out in the rain to try the bike in the wet, but they had no impact on the time-sheets. 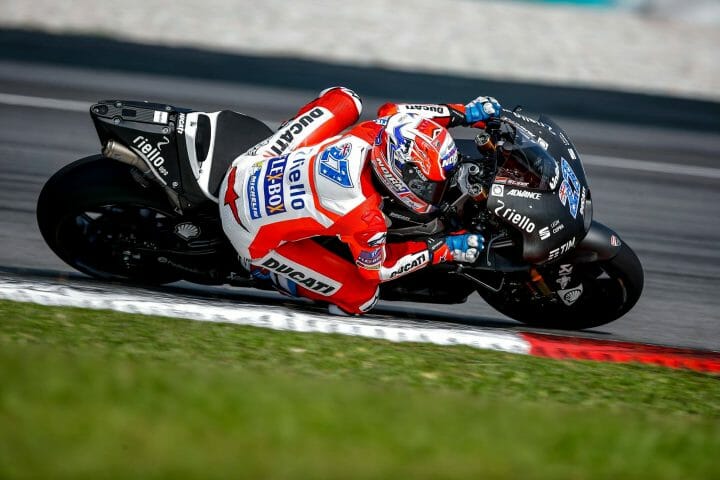 Defending World Champion Marc Marquez and Factory Yamaha Racing’s Valentino Rossi made it into the Top Ten results, with the Spaniard 9th fastest and the Italian 8th after recovering from a morning migraine. Prior to 3pm, Rossi was in 10th position behind Marquez.

After ninety minutes of rest, Rossi made his way to the track, and was pleased with his first impressions of the all-new M1. The machine has made strides “under all the small particulars” he said, with the engine and updated electronics notable steps up from what he tested in November.

“Fortunately the new bike’s better,” said the Italian, who placed eighth in the overall timesheets, 1.014s off Casey Stoner’s astonishing best time. I mean today was very interesting because we tried the real bikes, my bikes that I will use for all the season. In Japan they worked hard and made a better bike compared to the prototype we had in November. 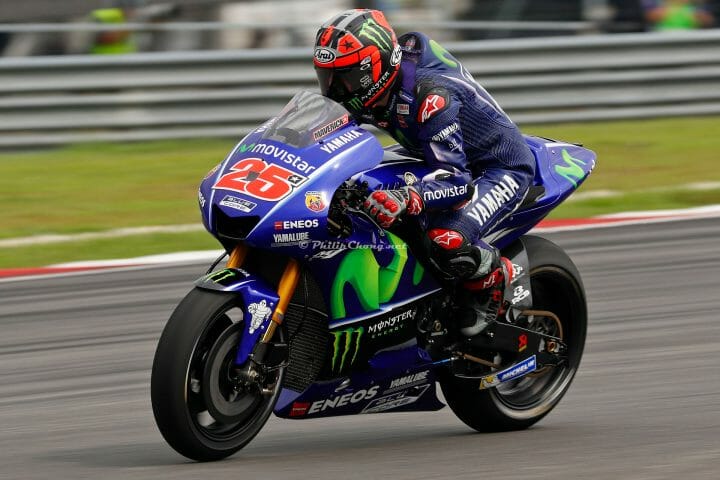 “The engine, we work a lot on the electronics and in terms of chassis, this is the same. But tomorrow we will have another chassis, slightly different, after our comments with the first prototype. But the bike is very beautiful. We never know a lot from Yamaha. Yesterday we saw the bike. They made a good job. The bike is very good under all the small particulars. It’s a lot better than the first prototype. And it was a good surprise. But for sure we have a lot to work on.

LCR Honda’s Cal Crutchlow ended Monday in sixth place on the time-sheets, the fastest of the five Hondas present in Malaysia, and 0.889s off Casey Stoner’s astonishing best lap of the day. The Englishman was, however, unable to go into specifics when speaking of his testing plan. He and his LCR Honda squad had been testing different engine configurations, he said, along with “some small electronics stuff.”

“We’re testing some different configurations,” began Crutchlow, keen to give little away on the feelings offered up by Honda’s significantly redesigned ’17 engines. I’m sure the other guys are testing the same. At the moment I’m alright. Our testing plan with regards to everything starts tomorrow.

“I worked on some small electronics stuff today. It was not really too relative to the engine or any of the engines really. It was more just in general because no one else is doing it. I think there are some positives, some negatives.” 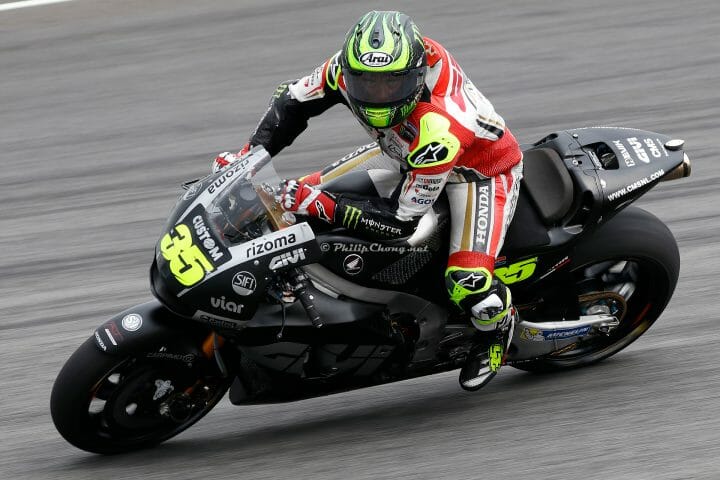 Other than testing the different engines, Cruthlow had a minor issue with two tyres Michelin had brought to the test.

Eighth quickest (aprroxi. +0.769s) at the end of his Ducati debut at Valencia in November, triple MotoGP champion Jorge Lorenzo was ‘surprised’ by a more difficult start to this week’s opening 2017 test at Sepang. The Spaniard, in full red livery for the first time, finished the day 17th out of the 27 riders. Lorenzo set a best lap time 1.669s behind Stoner.

“I was really slow at the beginning then improved my lap time little-by-little and got closer to the top,” Lorenzo said. “Then it started to rain before we could do another step, but the important thing is every time we are faster and looking at the other Ducatis at the top demonstrates that the bike has the potential to go very, very quick. That’s good.” 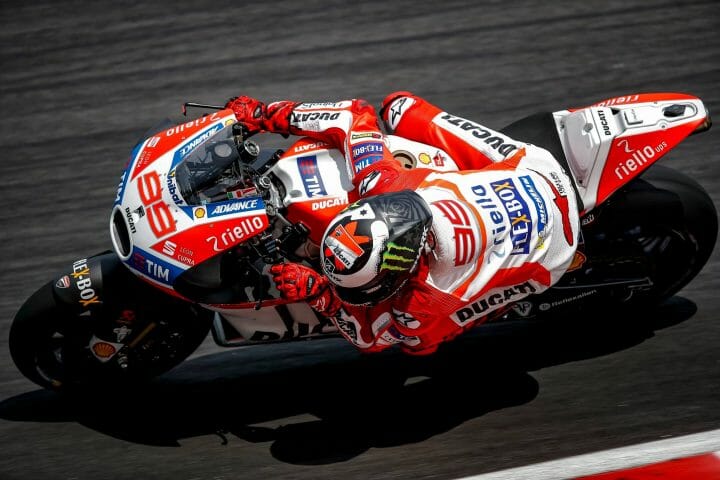 “I’m losing mainly on braking,” Lorenzo explained. “In the middle of the corner I don’t lose so much and on acceleration I’m even sometimes faster than Andrea. But on braking I need to adapt myself more than I expected, to what the bike requires.

“This bike if you try to brake and release the brake before entering the corner, like on the Yamaha – carrying corner speed, without braking – the bike doesn’t turn and it requires, not another riding style, but another way to achieve a good lap time. This is what I’m trying to understand, which is the best way to ride the bike with my ‘DNA’.

“We worked on the setting, ergonomics and position on the bike. We will just concentrate on this and try to improve my riding, every time we go out. I’m not disappointed, but surprised because I expected more or less the same as Valencia. That I would be there, but I was very, very far!” he smiled. “But what gives me confidence is that we made a huge improvement during the day and also to see three Ducatis in the top, demonstrates that the bike has the potential to go very quick. At least for one lap, let’s see if also we can keep a very constant pace.”